The Relationship Between Alzheimer's and Sleep 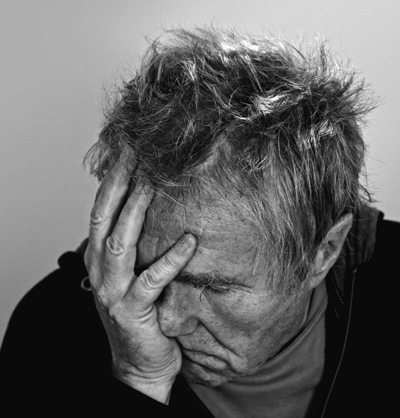 Besides making it hard to get through the day, skimping on sleep can cause all kinds of negative health issues. Research shows that inadequate sleep can increase your risk of heart disease, heart attack, high blood pressure, stroke, and diabetes.

As if that list weren't long enough, there's also a relationship between lack of sleep and Alzheimer's disease. Alzheimer's is a neurodegenerative disease in which brain cells and their connections degenerate and die. This destroys a person's memory and impairs many other important brain functions.

How Alzheimer's and Sleep Relate

At issue is a beta-amyloid, a metabolic waste product found in the fluid between brain cells (also known as neurons). Too much beta-amyloid is bad for your brain–as it builds up, it can form clumps called amyloid plaques. These plaques impair communication between the neurons.

When we sleep, beta-amyloid is cleared out of the brain. So it certainly makes sense that a connection exists between a lack of sleep and Alzheimer's disease.

Recent research into Alzheimer's and sleep revealed that losing just one night of sleep increased beta-amyloid in the brain by five percent. Things are only worse if you chronically get less than the recommended seven to eight hours of sleep.

Further highlighting this point is research showing a concerning relationship between sleep apnea and Alzheimer's. Sleep apnea is a sleep disorder in which breathing is interrupted during the night. People suffering from sleep apnea end up feeling tired even after a full night's sleep because their sleep quality is so poor.

A 2017 study about sleep apnea and Alzheimer's found that people who suffered from severe sleep apnea had increased levels of beta-amyloid. The subjects also had an increase in dangerous amyloid plaques.

Sleep is Essential for Your Brain

These findings are preliminary and more research is surely needed. But these findings once again highlight the important role sleep plays in our lives.

Fortunately, there are many things you can do to promote more and better sleep in your life. One tool more than a million people have found helpful is SleepPhones®. A doctor created SleepPhones®to be the world's most comfortable headphones for sleeping and relaxing. They let you comfortably listen to music, audio books, white noise, or anything else that relaxes you. Check them out at the link below!

Be sure to visit our blog or use the links below for information and articles about sleep.

Check Out Additional Pages from SleepPhones

SleepPhones®, RunPhones® and our entire family of products mean something different for all kinds of people, and are used in all kinds of ways. Visit our individual community pages below to learn more!