What do you do if you catch the Norovirus 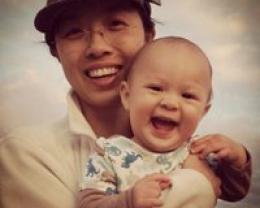 Here's what you do when you get the stomach flu.

Disclaimers: I'm a family doctor writing these recommendations, in my 72nd hour of illness, and my 20-month-old baby is in his 60th hour of illness. I haven't had solids except chickpeas, saltines, and a couple cans of chicken noodle soup for the past 3 days. I've been taking care of a sick baby for the past 2.5 days. Don't sue me.

"Do not drink or eat until you've stopped throwing up. Yes, I know WebMD says to drink as much as you can so you don't get dehydrated. Baloney! I had to give a patient 3 bags of IV fluids because he tried to follow their advice. If you're vomiting, what's the point of drinking anything?!"

Prepare your sick bed with the following:

If you don't have everything, don't worry. Just do what you can. If you have a lot of stomach pain, try some Tums, Pepcid, or Tylenol. If it's really a lot of pain, go to the emergency room. If you can tolerate the discomfort, you don't have to take drugs. Once you stop vomiting, and you're starting to feel thirsty again, wait 2 hours. If you are still thirsty, then you can start to drink clear fluids.

What are clear fluids? Water, chicken broth (not cream of chicken, chicken noodle, or anything except the clear, see-through chicken broth), jello (not pudding), ginger ale (de-fizzed by boiling, if the fizzing bothers you). You are allowed to have whatever you feel like having in the clear fluid category. I wrote water below, but you can have broth, jello, or ginger ale instead.

If you happen to have some metamucil or equivalent fiber product with psyllium husks (NOT the same as Citrucel, Miralax, chewable fiber tabs, or inulin-based fiber stuff), you can add that to your clear liquid when you get to the half a cup stage. My theory is that it helps to sequester viruses as it moves through the intestines. Just a theory. I haven't seen any research.

After 24 hours of not vomiting, you can start to try solids. You might hear about the BRAT diet. It stands for Bananas, Rice, Apples, and Toast. What about Saltines, you might ask? I count that as toast. It's fine. I've been eating toasted chickpeas, unsalted saltines, and Campbell's reduced salt chicken noodle soup. I think tomorrow I'll have some rice porridge with soy sauce and a little tuna. (Weird, but it's my comfort food.) My baby was looking pretty good last night and had kept down quite a bit of fluids. He kept pointing to the watermelon, so I gave in and gave him about a quarter cup of cubed watermelon. 30 minutes later, we had to wash a rug. Lesson learned: don't give in. Tonight, he had chickpeas, chicken broth, jello, and water. He didn't want Saltines, probably because he knew that it required lots of saliva to eat, and he was too dry for that. He's making a wet diaper a few times a day, so I know that he's not too dehydrated. If your baby's not making wet diapers, crying tears, or if you're not sure he's hydrated, go see your doctor.

NO DAIRY!!! That means, no yogurt, no cheese, no milk, no cream, no ice cream. For a week or more. Start slowly back on dairy. If you drink milk and get diarrhea again, stop drinking milk for a week. The parts of the intestines that help digest dairy products are damaged with these illnesses, and you'll just get bloating, gas, diarrhea, pain, and indigestion.

Avoid fatty foods, spicy foods, caffeine, and anything that you don't digest well. I plan to avoid spicy foods and red meat for a few days. If you get caffeine withdrawal headaches, then go ahead and have caffeine. Don't drink caffeinated tea because you think tea is good for you. Caffeine can stimulate your gut, and your symptoms may worsen. Herbal tea should be fine. But do be careful if you're taking herbs as a treatment unless you really know what you're doing.

Have someone drive you if you're sick. Don't try to drive to the doctor, urgent care, or ER by yourself.

I figured that it's such an extremely contagious illness that it's pretty much impossible to disinfect our house once infected. I'm not even going to try. As long as the vomit is scooped up, wiped down with our regular enzymatic "green" cleaner, it's good enough. I'm washing the laundry with hot water and regular detergent, like I always do.

So what does extremely contagious mean? Well, if the norovirus caused us to become zombies, we'd be in a serious zombie apocalypse. To make things more clear, let's rate HIV as a 1 on the level of contagiousness. We'll put tuberculosis at a 2. Mono (kissing disease) would probably be a 3 in my book. Strep throat is about a 4. Norovirus is a 5. Once infected, you shed virus (that is, contagious) for 2-3 weeks. It stays infectious in carpet for almost 2 weeks. Soap and alcohol sanitizers DO NOT kill norovirus.

My husband said that he had a hint of nausea yesterday, which passed almost immediately. He's been fine since. He's probably had the same strain or a similar strain in the past, so he didn't get sick. Or maybe his cells just don't match this particular virus in the way me and the baby's did. Thank goodness he's not sick because he's been so helpful when I was too sick to function.

There is currently a bad strain of norovirus sweeping the nation (http://www.usatoday.com/story/news/health/2013/01/24/new-norovirus-bug-f...). It's a worse norovirus season than most this year. I hope you stay healthy!

This article has nothing to do with SleepPhones, but I figured I'd share my techniques because I find myself writing them down all of the time in my practice. And I might have friends who'd benefit. Apparently, the stomach flu is in town.

Well, we thought my husband was in the clear since he was surely exposed early Friday, and it had been almost 48 hours. But alas, at the 48th hour, he started feeling like his stomach was in knots and fatigue. We had a full day of travel scheduled and began driving in hopes that it was just because he stayed up late. Half way there, the bucket was used, and we had to stop at a gas station for the toilet. We canceled our plans and drove back home.

The baby's still not very energetic, but he's making wet diapers. He's had nothing to eat or drink except breast milk, which isn't really much at his age. He's refused everything this morning. I think he's still nauseated. His appetite's usually best in the evenings anyway.

I had another can of chicken noodle soup many hours ago and I'm still not hungry. After 4 days of not eating much, I realize how much trouble eating really is. All of the time it takes to feed everyone, wash the pots, wash the dishes, buy the groceries, cook, take out the trash, recycling, and compost really takes many hours from your day!

We're all back on dairy products, and everybody seems to be much improved.