The early February 2010 back-to-back Mid-Altantic Snow Storms will likely go down in history as a pretty memorable event. Shipments out were delayed a few days. And instead of yoga for exercise, my physical activity was shoveling a path to the mailbox and a path for the mail lady. Many interstate highways around Pennsylvania were at least partially closed. The number of inches of snow is close to breaking all-time records for February, even though we're not even half way through the month. Thankfully, the sun has come out for a few days and helped to melt some of the snow.

Here's a picture of our mailbox at dusk, along with the trees and hills to the East. 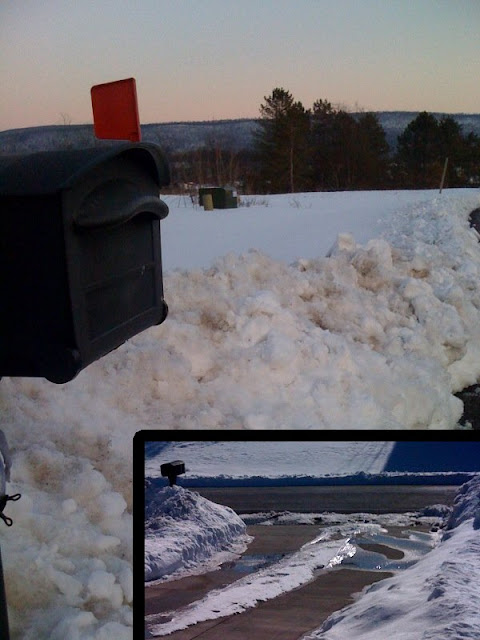 Meanwhile, my gardening friends and I are just itching to get some potting soil from the store... it's time to start the early seeds!