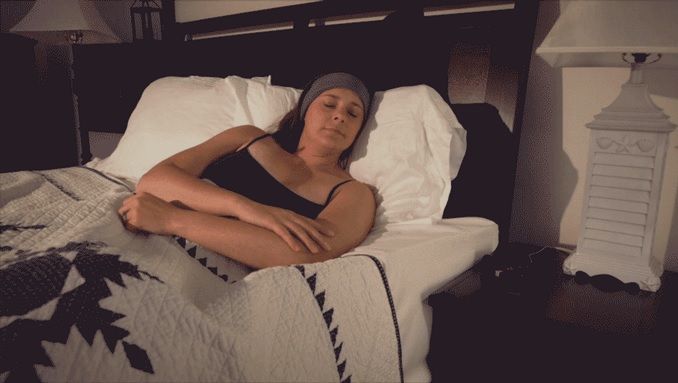 SleepPhones will change the way you sleep

Music is considered as a best medicine for reducing stress as it relates to emotional, spiritual, and physical elements of human body. It has been an integral part of human life. People use it for exercise and meditation along with a companion while travelling. Taking the same in to consideration Dr. Wei-Shin Lai (a family doctor turned CEO) came up with a design for headphones which can help you sleep better. SleepPhones has entered Kickstarter to help people to sleep better. It will interest many to solve the sleeping issues which they have because of stressed life style.

Now many will question? Why SleepPhones? Isn't we have countless headphone available in the market already? The answer lies in the design of the SleepPhones, which is far more comfortable with any other headphone available in market today. The built it Bluetooth offers wireless connectivity along with an increased playback time. It also incorporates wireless charging.

The band has a unit inside with Bluetooth Support, which function as same as any other Bluetooth headphone on the market. You just need to pair it with your music source and you are good to go. The makers are supporting music apps such as iTunes, Pandora, Spotify and the SleepPhones sleep music app.

Here are some of the key features which SleepPhones will offer:

To increase the volume, just press the up button.

To skip a song, double click the up button.

To talk on the phone, the built-in microphone automatically works too.

When you run out of music, SleepPhones automatically goes to stand-by/energy-saving mode. No need to wake up to turn anything off.

To charge, simply tuck in to the induction charging base.

SleepPhones confirmed that it not a concept but reality as more that 500K People have already bought and using it. Along with that they have many arsenals in their bag of success.