The Huffington Post is the destination for news, blogs and original content offering coverage of US politics, entertainment, style, world news, technology and comedy. 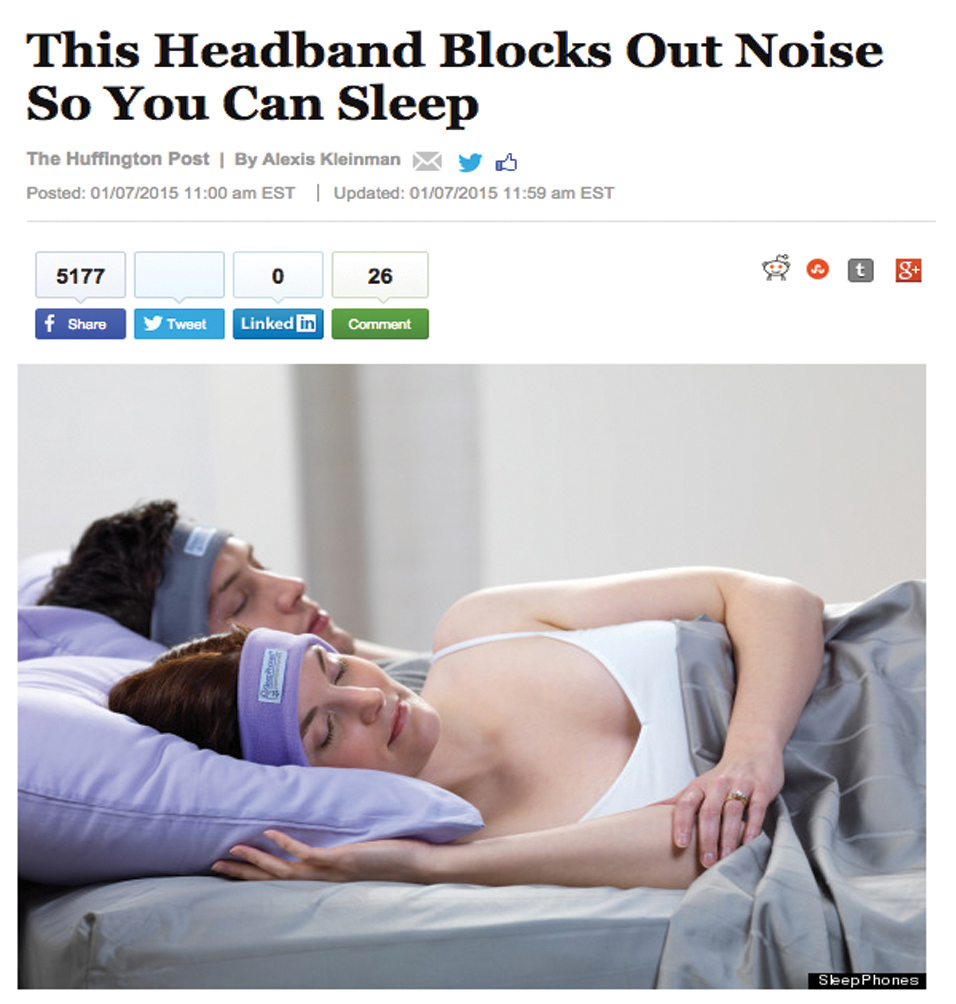 Are you sick of listening to your partner snore (or looking for a headband to match your new pajamas)? There's a headband for that.

SleepPhones are headbands that you wear to sleep. They have built-in headphones, through which you can play white noise, ambient music or whatever else you'd like. It certainly seems a lot more comfortable than sleeping with headphones on. Here's what it looks like:

The earliest version of SleepPhones plugged into a phone, computer or music player. Newer versions are wireless, but significantly more expensive: The original costs $39.95, while the wireless versions cost $99.95. The latest version, SleepPhones Effortless, is wireless and features induction charging. It connects to your music player through Bluetooth and charges when placed on a charging stand. Late last year, SleepPhones Effortless was named a 2015 Consumer Electronics Show Innovation Awards Honoree. The device will be featured this week at the annual Consumer Electronics Show, which is taking place in Las Vegas. The Effortless will be available for purchase in April for $129.95. Sleeping while wearing earbuds isn't comfortable, but SleepPhones are lightweight, padded and don't stick anything in your ears as they block out noise. The headband can also double as an eye mask. Getting a good night's sleep has been proven to have a number of benefits, including improved test scores, a stronger immune system and better judgment.

But while there are many reasons why you need to prioritize sleep, a device like this one, while handy, may not be the way to do it. In fact, one of the best ways to improve your sleep is to banish technological devices from the bedroom: televisions, computers, phones and everything else. A recent study showed that children who sleep with electronic devices in their bedrooms get less sleep than those who don't. The light emitted by electronic devices like phones, tablets and computers has also been shown to inhibit sleep.

Your best bet is probably a cool room, an eye mask and some old-fashioned earplugs.