Weird to Wonderful: How I Learned to Love ASMR

My Journey: Listening To ASMR

I had never heard of ASMR, the relaxing, tingly feeling brought on by triggers like whispering and tapping, before I worked at AcousticSheep.

But it didn't take long to learn a lot about it. That's because our SleepPhones® headphones aren't just for insomniacs— they're also for ASMR enthusiasts in need of a super comfortable way to chill out to all their favorite ASMR triggers.

Before I knew it, I was working with a bunch of top ASMR artists to help them promote SleepPhones® to their followers. And this required me to watch more than a few ASMR videos on YouTube.

Each time I did, I couldn't help but wonder what made people love ASMR so much. I found it boring, strange, and in some cases rife with sexual undertones.

Most of my colleagues felt the same way. "Hey Amanda," they'd mock whisper to me in jest when I took a break from the ASMR world.

"Uh, stop," I'd say with a roll of my eyes. I may have been immersed in the world of ASMR, but there was nothing about it that appealed to me.

Coming Around to ASMR

In the summer of 2018, our company founders announced that we were creating a first of its kind product for ASMR enthusiasts. It would be based off of our SleepPhones® Simple, which are cordless headband headphones that come pre-loaded with 17 deeply relaxing tracks.

The new product would be called SleepPhones®: ASMR Edition, and it would come pre-loaded with hours of great ASMR content. And not just any content, but original tracks from some of today's most popular ASMR artists. My task was to find those ASMR artists and get them to commit to our project.

And so I took a deep dive down the YouTube ASMR hole as I watched videos of dozens of contenders. Tapping, whispering, scratching, mic brushing, water dropping, typing, hair cutting— I listened to all this and more as I vetted potential ASMR artists for our project.

Doing this day after day led to something strange happening: I began to tolerate ASMR. While I wouldn't call myself a fan at this stage, I could definitely see why so many people found ASMR to be so relaxing.

I didn't get too much beyond tolerance because I had to hand off the project when I went on maternity leave. And so off I went to birth and care for a newborn without a thought about ASMR for three months.

When I returned from maternity leave in early 2019, the SleepPhones®: ASMR Edition project was waiting for me.

While a lot of the heavy lifting of finding artists, signing contracts, and gathering audio tracks was done, I was still tasked with listening to 16 ASMR tracks.

That's more than eight freakin' hours of ASMR! I thought with dread. And someone had to do it because we couldn't put out audio that had weird subliminal messages or profanity laced throughout it. And so I dutifully slid my SleepPhones® over my head and braced myself for a whole lotta whispering.

Like most new moms returning to work, I was stressed. It was hard being away from my daughter for so long, and I often wondered if she was happy in daycare. It was also winter, so I lived in constant fear that she was going to catch some horrible upper respiratory infection.

Then there was also the fact that I was a non morning person waking at 5:30 to work out, feed and dress a baby, pack a bag full of her supplies, and rush her to daycare in addition to making sure I was fed/dressed/out the door on time.

So you could say the chill ethos of ASMR came at just the right time. Because the more I listened, the more peaceful I felt. It was like going to a really great yoga class without having to do any work. Yes, I could definitely get behind this.

Soon, I was tuning into the likes of Gibi ASMR (a big SleepPhones® fan!) on YouTube. I then discovered Tingles, an awesome app with a ton of great ASMR content. My favorite artist is Paris ASMR, a not unattractive Frenchman who basically fast tracks me into a blissful trance every time. (Don't tell my husband!)

What's so great about ASMR is that it puts you in something of a sensory vacuum. Which is just what most of us need in our overstimulated lives. I don't know about you, but so many days seem to pass by in a blur of emails, text messages, phone calls, and demands from our bosses/coworkers/kids/partners/friends/family members. It can feel unrelenting at times, which makes the prospect of entering a cocoon of simple sounds so very appealing.

Yet while I loved listening to ASMR on YouTube and Tingles, I couldn't escape the blue light and endless notifications from my phone. That's why I'm so excited about SleepPhones®: ASMR Edition. It lets me escape the pull of my electronic devices and serves up really awesome content. (There's even a track with beautiful Italian whispering!)

We recently finished up a successful Kickstarter campaign for this first of its kind product. It will be available for sale on our site in just a few months time. Whether you love ASMR or are just starting to come around to it, you'll definitely want to check it out! There's no cord, no subscription fee, no phone needed–just slip on the headband and zone out to eight great hours of ASMR. If you’re anything like me, that sounds like pure bliss. 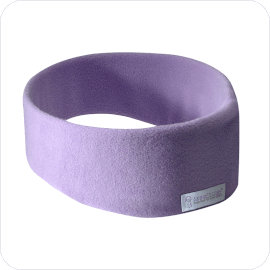 OUR MOST POPULAR MODEL 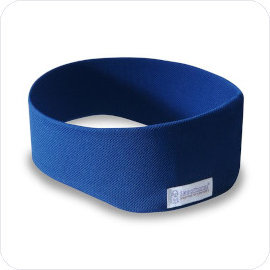 Some of Our Favorite ASMRtists