Getting A Good Night's Sleep When Sleeping With Tinnitus

Sleeping With Tinnitus: Advice for Getting a Good Night's Sleep 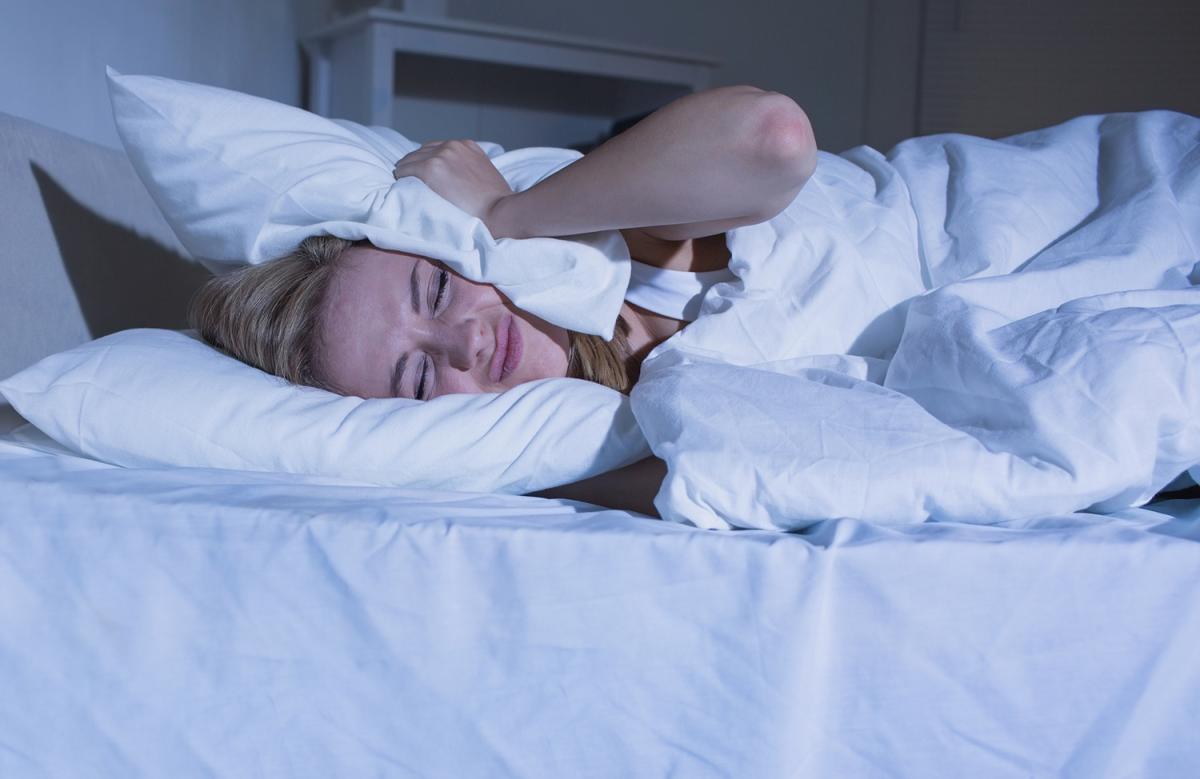 Tinnitus is described as a constant awareness of sound. It's called an "awareness", because the exact sound varies from person to person. Tinnitus is most commonly associated with a ringing in the ears, but it can also occur in the form of a hissing, whistling, or buzzing sound.

The pitch can also vary between high and low, and the severity differs over time. For example, if you have just come back from a concert the level of your tinnitus will be greater than if you had just been working in a relatively quiet office all day.

Tinnitus can be caused by a variety of factors, including:

Tinnitus is rarely severe enough to affect a person's daily life. Depending on where you are and what you're doing, there's usually enough background noise to muffle the sound of tinnitus and make it less noticeable. Sleeping with tinnitus is when the problem starts for most people.

Overcoming the Challenge of Sleeping With Tinnitus

Sleeping with tinnitus is a challenge because of the lack of noise around you. When you put your head down on the pillow in a quiet room, you become much more aware of the sound in your head.

People often try to combat this by leaving the TV on or playing music at a low volume while they're in bed, but even that may not be enough to muffle out the sound to the point where they’re able to get a comfortable sleep. In other cases, it may not even be an option for those who sleep with a partner who prefers to have complete silence when they're going to sleep.

A restless night here and there isn't uncommon, even those without tinnitus have the occasional bad night of sleep. When tinnitus starts to impact your quality of sleep on a nightly basis, it becomes a cause for concern. Chronic sleeplessness is known as insomnia, which can lead to even worse conditions such as anxiety and stress.

A proven remedy for treating sleeplessness caused by tinnitus is listening to white noise, soothing sounds, or tranquil music. This remedy can be made even more effective with the right headphones. As we mentioned before, if you’re sleeping with a partner, the use of headphones may be absolutely essential.

On the subject of sound therapies, the American Tinnitus Association says: "patients can use real, external noise to counteract their perception and reaction to tinnitus. Sound masking can cover the sound of tinnitus, while more advanced therapies may provide more robust relief."

With that being said, you're in the right place. SleepPhones® are recognized as the world's most comfortable headphones for sleeping. View our selection to choose the right headphones for you. Afterward, browse our vast collection of CDs and free MP3s, which are designed to help you get a better night's sleep.

One Final Word of Advice

If your condition has reached the point of insomnia, then we would be remiss not to recommend seeking the advice of a medical professional. Your insomnia may be caused by tinnitus, or there may be another underlying medical condition.